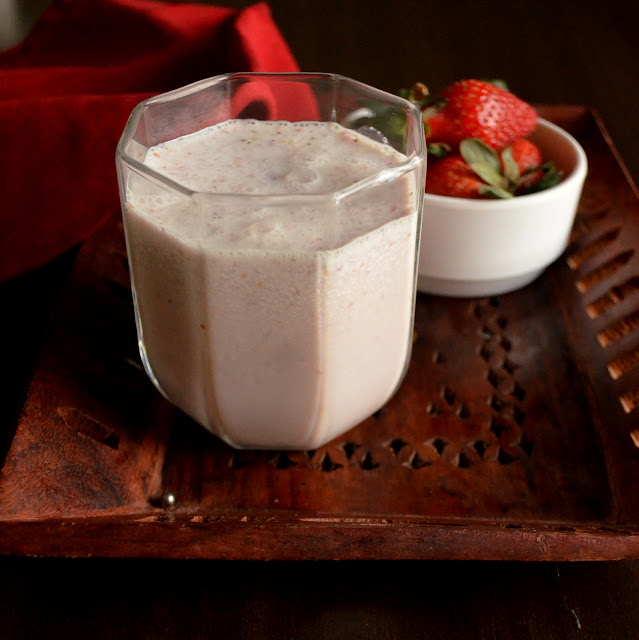 Last recipe was with strawberry and this one too is with strawberry.. Blame it on the season ;) Around a month ago, when my parents came visiting us in Pune, we went on a short trip to Mahabaleshwar and visited the Mapro gardens in Panchgani. There we got strawberries at a cheap rate of 150 rupees per kilo. Actually some were saying that if you visit in the morning the rates are still cheaper and you an get them for an easy 80-100 rupees per kilo.. We were expecting to go pluck the strawberries at the farms but the locals there told that since it was peak season we were not allowed to and that would be allowed during March-April time.. So what did we do? We ate a lot of strawberries and bought a lot more and came back :D Dhruv was ready to eat them all as such but he caught a cold two days later, so we didn't give him much.. And me being a strawberry lover in just shakes and cakes, went ahead and made milkshakes with them using chilled milk ;) 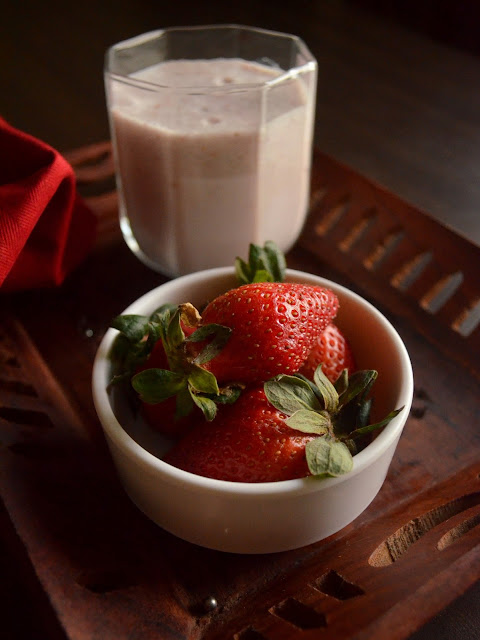 You can have variants of this simple recipe.. You can sneak in some ice cream - anything of your choice, be it vanilla or strawberry. Don't like milk? Then replace with some Greek yogurt or have a mix of both the yogurt and milk. Add in a nice ripe banana or a couple of dates.. Maybe a handful of chia seeds.. Or a tablespoon of cocoa powder ;) Want to cut low on sugar? Then add honey instead or maybe cane sugar..The options are plenty. You can adjust to your cravings and dietary requirements! 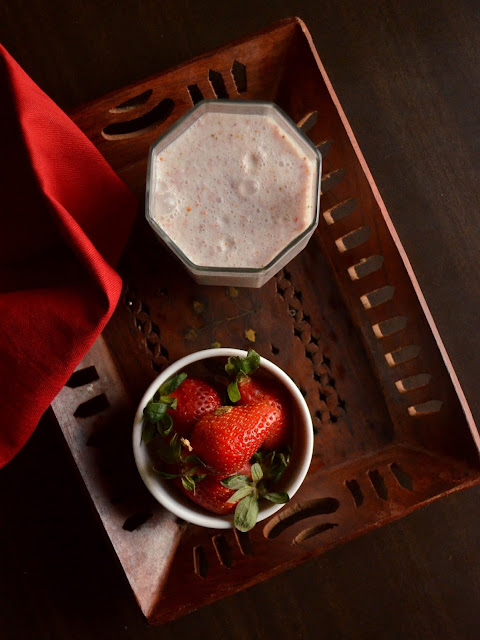 1. In a mixer/blender, crush the cashews and almonds together

2. Once they are coarsely/finely (as you need) crushed, add the strawberries and sugar and give a nice blend