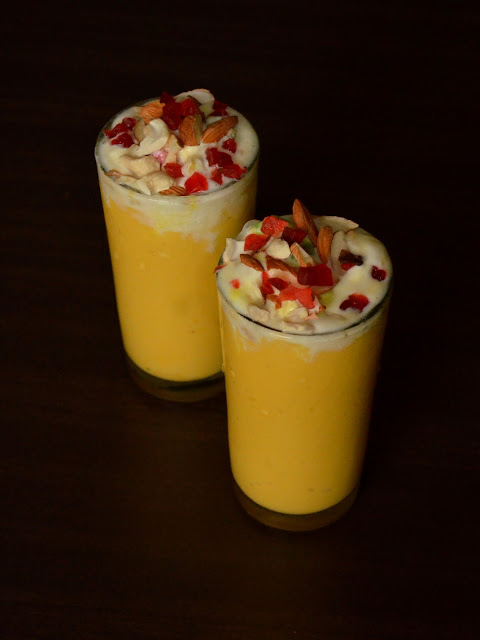 I had been wanting to taste this mango mastani for quite a while after coming to Pune but never got a chance. This year after seeing so many posts from dear blogger friends and how they were describing it to be a Pune speciality, I so wanted to have it. So as many would recommend, I too went to a nearby outlet of 'Sujata Mastani' to have it. But was so diasppointed when what I got was a thin runny and over sweet milkshake. No ice cream and no toppings. I am sure that I was at the wrong place at the wrong time. If I had been to an outlet in the Pune city I would not have been disappointed. Also I later came to know that for toppings you need to order special mastani.

Anyways as I had no plans to travel to the city during the summer, I decided to make my own mastani. It is so easy to put up and such a treat in the summer when mangoes are plenty. So I made it one fine Sunday afternoon, and bohoo the hubby was very delighted to have it after his afternoon nap. And it looks so pretty too that you will think twice before having them ;) It is said that Mastani, the beautiful Muslim princess who stole the Maratha Peshwa ruler Bajirao's heart is the inspiration behind the name of this drink. Mastani is said to be one of the most beautiful and elegant lady in Indian history. And hence this beautiful drink is also named so after the beautiful Princess warrior.

And I also read here that, initially when this drink was served people used to remark 'mast' (awesome in Hindi) and hence this drink was named Mastani. If you are in Pune and would want to have this, try at Sujata Mastani or Gujjar Cold Drink. I have not personally had them here but have read rave reviews about them. Also have heard that the Custard Apple Mastani too tastes awesome. So now shall we see how to make them at home, if you are not coming by Pune anytime soon :) I know mangoes are sill available, so grab them and make some Mastani before they disappear from the market ! 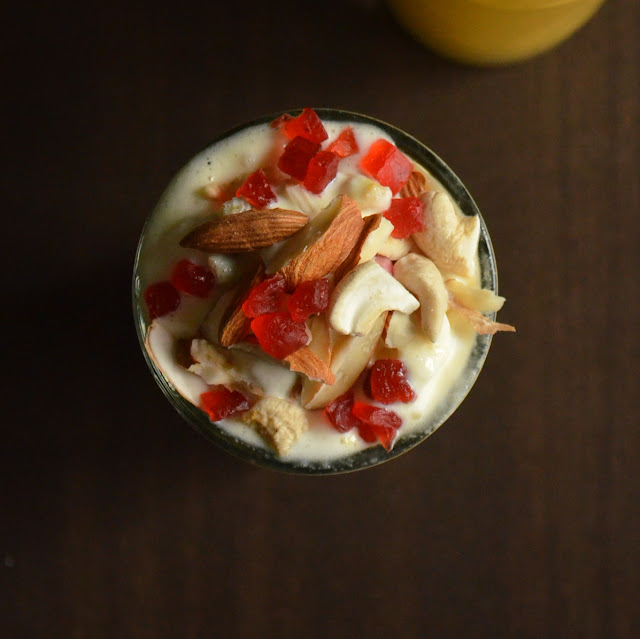 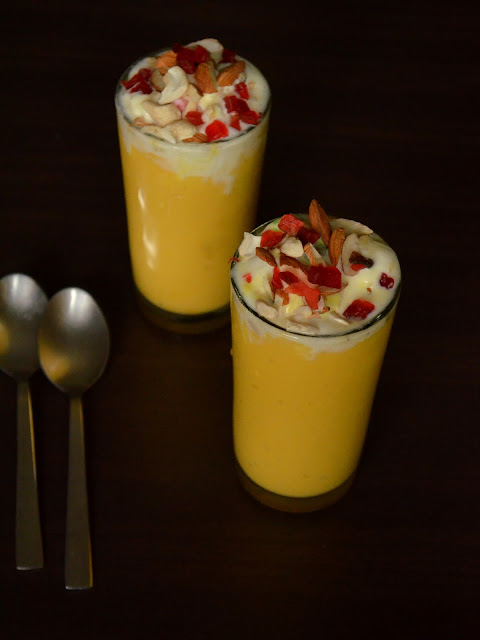 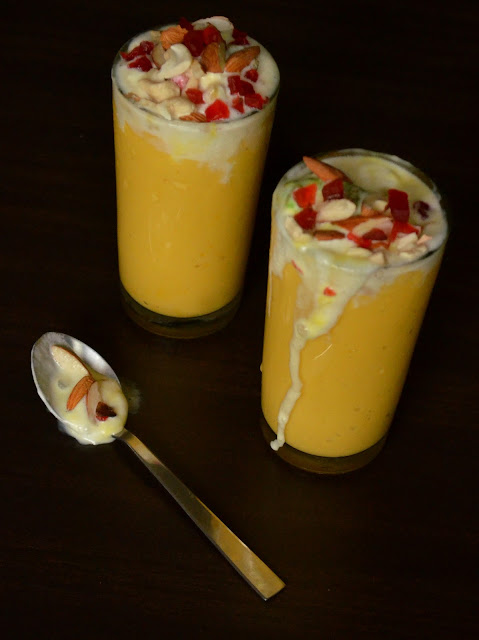 1. Peel and chop the mangoes roughly. Take them in a blender. Add sugar and give a quick blend. Now add milk (boiled, cooled and chilled) and blend to a smooth puree

2. Pour this thick milkshake into a tall serving glass

3. Add to it a large scoop of ice cream

5. They taste great when chilled. So I keep the mangoes and milk in fridge before making them. Or you can add some ice cubes while making the mango puree