Cucumber in coconut and curd sauce with mustard tempering 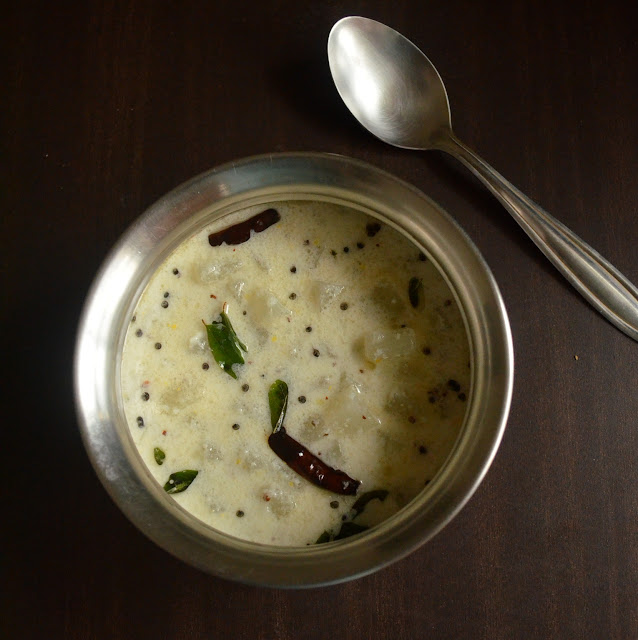 I am posting simple or everyday recipes for a while, right? That is all that I can manage at the moment with a bubbly toddler running around the house and tagging along with me all the time. He doesn't like me eyeing my phone or reading anything (be it book or newspaper or anything of that sort) nor watching TV either. I can be either in the kitchen or playing with him. That's all that I'm allowed to do. If I am doing something else, he would want to be a big part of it and I prefer that I sit idle rather than that. I don't want him scribbling on the walls or tearing off the newspaper in the name of reading it, you get me right? ;)

If at all I happen to take the pics when he's awake, he would climb onto the table to have a peek and showcase as a model by touching the food or simply make me furious by taking off the bowls and plates and run off with it. And playing with the camera, ohh myyy, that nearly gives me an attack every time :D So mostly taking of the pics and blogging happens when he takes a nap (and that seems to reduce by the day ;)) So that's how my day goes on for now :) Interesting na :) I should admit that I'm enjoying it. So for today, the easy recipe is Vellarikka Pachadi. It's a pachadi that you make with kani vellarikka or cucumber. I had some cucumber left after making some pulissery, so I thought would make some pachadi with it and so, it has come up here as well. This is a no hassle, minimum time taking pachadi. Apt if you are conjuring up a quick meal ! 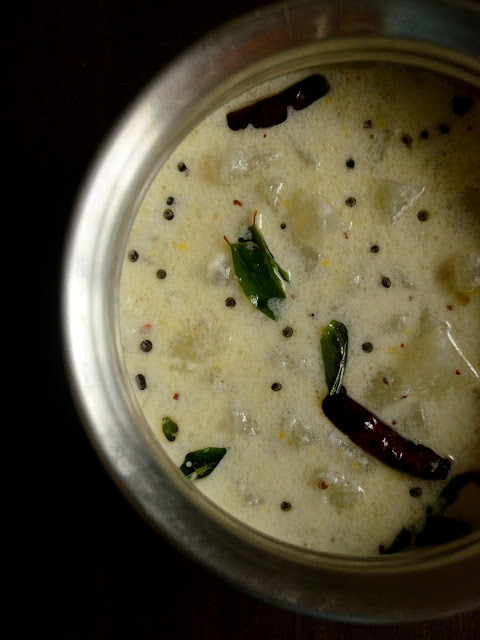 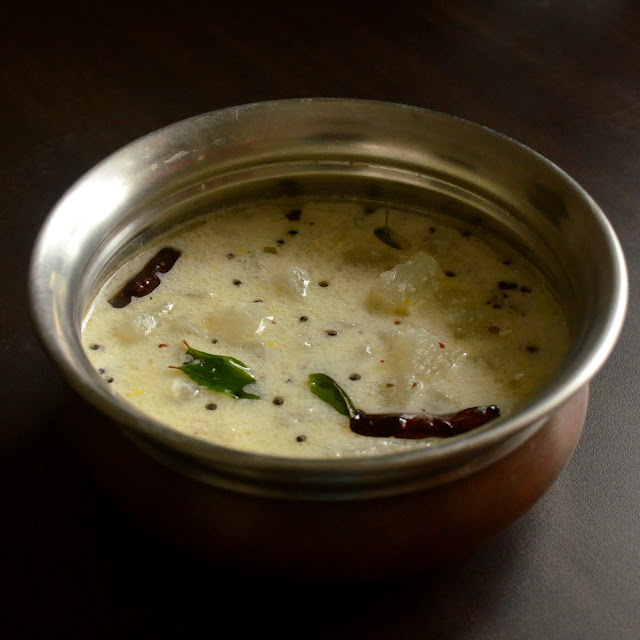 1. Clean and rinse the cucumber well. Remove the middle portion with the seeds and cut them into small cubes. Thinner the cubes, the better

2. In a pressure cooker, take the cucumber cubes. Add slited green chillies, salt and water and cook the cucumber till done. I kept it on 2 whistles on high and 3 on low. I like the pieces to be soft and not very firm for the pachadi. Alternately if you want to cook in a normal pan, you can do the same but it will take time

3. In the meantime, grind together grated coconut, green chilly and mustard with little water to a smooth paste. Then add curd to this and give a quick pulse. Do not grind much

4. Once the cucumber is cooked, switch off the flame. If there is excess water in the cooked cucumber, then remove them. Add the ground paste to the cucumber and stir well. No need to cook after adding the coconut-curd paste. Just need to mix well

6. Add the broken red chillies and curry leaves. Add this tempering to the cucumber - coconut paste mixture and serve

This is more like a condiment, so serve with some steamed rice, a tangy gravy and some stir fries !