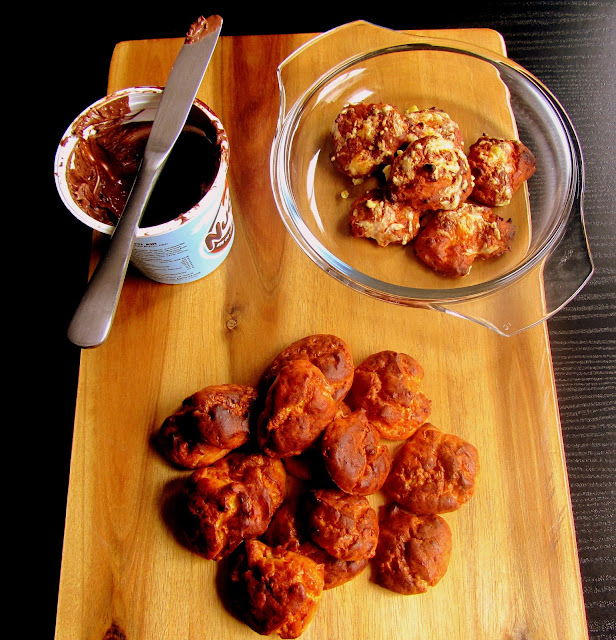 It's time for yet another Baking Partner Challenge. This time it was to learn to prepare Pâte à choux - the light French pastry dough, which is used to make sweet and savory delicacies. The challenge was to make Chocolate Eclairs or French Gougère or both using Pâte à choux. I was in deep confusion on which one to choose to bake this time & the problem was I have not had both before, so it was kinda difficult to decide.. If time had permitted, I would have done both. After much thought & research I zeroed in on the savory Gougère a.k.a the Cheese Puff. 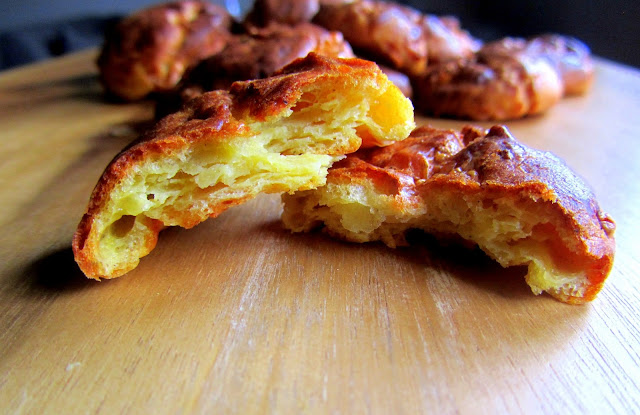 So foremost, a small note which I had gathered on the pastry dough & the savory appetizer, before I take off on the recipe. Gougères are made all over France though they are said to have originated from Burgandy. They are small & light on the outside and soft, eggy & cheesy on the middle or inside. These puffs are best served warm & usually as an accompaniment to Wine. Some like to fill them up with some stuffing or sandwich them with ham. I personally enjoyed having them with Nutella (Nugatti) ;) And you must be wondering what's with the name 'The French Laundry's Gougère', it's nothing else but Thomas Keller's Michelin 3-star restaurant 'The French Laundry' in California. There these famous little Gougère appetizers are served with wine.

And talking about pâte à choux, here the dough is cooked first before baked. That's instead of using a raising agent it uses the heat from cooking the dough to puff the pastry. Also cooking the dough dries it out a bit & makes it easier to absorb the eggs. And while baking it uses two different temperature that allows it to first puff and then dry into crispy little delights. So that's a lot of information for now I guess, so quick into the recipe  .. 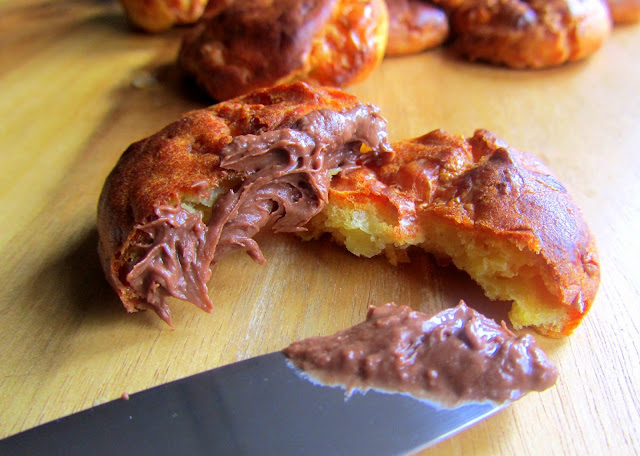